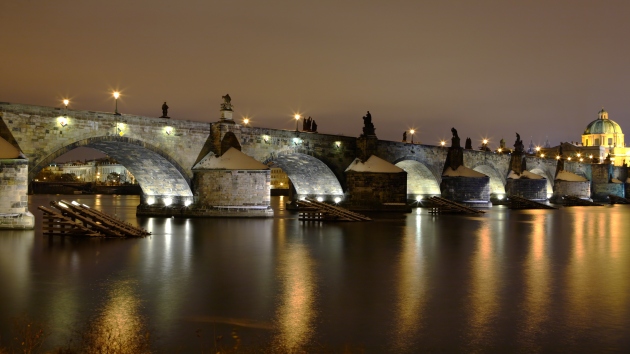 The oldest surviving stone bridge in Prague and the second oldest in the Czech Republic is the Gothic Charles Bridge. Emperor and King Charles IV. had it built after the previous one, also a stone one, Judith Bridge, was torn off by a gread flood in 1342 and Prague remained without a connection between the settlement of the Prague Castle and the Old Town. To start the construction of a new bridge Charles IV. had chosen a magic number.

The foundation stone was laid on 9th July 1357 at 5:31 in the morning. The contract was entrusted to architect Petr Parléř and his smelter, which implemented other Prague sights, such as the continuation of construction of the St Vitus Cathedral.

Charles Bridge was by Charles IV. included in the famous King's Road, but was also particularly important from the point of view of transport and defense. The bridge, which is  516m long and 9.5m wide, formerly served as the road for horse carriages, but also cars and buses, but today it is only for pedestrians. It belongs to the national cultural heritage and its extensive renovation was completed in 2010.