House at the Three Fiddles 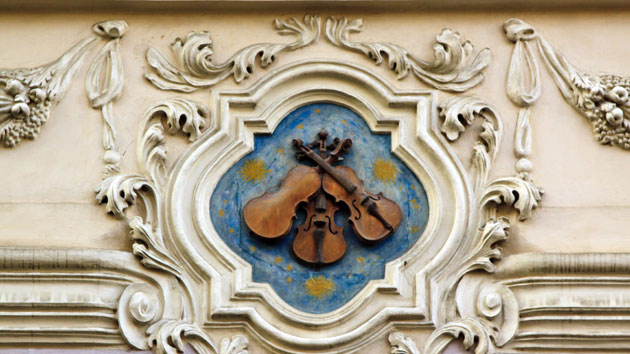 The House at the Three Fiddles is located in the Lesser Town at the bottom of Neruda Street. It was originally a medieval house later reconceived in the early Baroque style.

The name the Three Fiddles is based on the house emblem which contains three crossed violins. In the 17th century the house belonged to famous violin maker Leonard Pradter, who made stringed instruments. After his death, his apprentice, Tomáš Edlinger, married his widow and took over the business. Under Tomáš's leadership there was a great flourishing trade. Together with his son Jáchym he produced violins, lutes and mandolins, which were renowned not only at home but also abroad.

Indeed it was the Edlingers who gave the house its emblem to recall the master violin makers who lived there. Young Jáchym Edlinger was very talented and promising in his discipline, but he died very young and unmarried. His great wealth was divided in the will.

There is a legend that a ghostly skeleton plays the violin here when there is a full moon.